Sedentary behavior refers to periods of awake time spent sitting or lying down without interruption, such as when watching television, working seated at a desk, or driving long distances.

Most of us are sedentary to one extent or another. Some would argue it is a good thing, a protective behavior. Perhaps, you want to unwind after a hard day, such as by watching a football game or a favorite show. 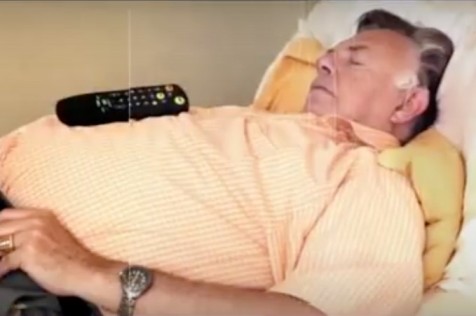 Why is this topic so important? Aren’t we talking about personal preference? If I am physically active in general, then why not come home and relax in front of the television?

These are good questions. For the longest time, we thought that promoting physical activity such as walking, dancing, and swimming, would be the important health and physical activity focus.  Most recently, over the past decade, sedentary behavior has arisen as a concern that is in addition to the others.

In 2018, the first guideline from Health and Human Services (HHS) in its expert report Physical Activities for Americans, 2nd Edition captured this most recent concern in a broad way: “Adults should move more and sit less throughout the day.”

Sitting Around is Risky

A paper by Biswas and colleagues in Canada, 2015, reviewed 47 high-quality studies that examined both sedentary behavior and at least one health outcome, including cardiovascular disease, diabetes, cancer, and all-cause mortality.  They concluded:

In 2017, Diaz and colleagues at Columbia University (and other research institutions) confirmed the earlier findings. They studied sedentary behavior with a sample of nearly 8,000 middle age and older U.S. adults, examining health outcomes over four years.  Over this time, there were 340 deaths.

They measured length of each episode of sitting or lying down, which they called bouts.

They added up the time per bout over each 24 hour period to obtain time per day, which they called total sedentary time.

With this finding, we learned that how long we are sitting without interruption matters. For instance, two one-hour bouts of sedentary time would be less harmful than one two-hour bout. In concluding, Diaz said:

“… breaking up sedentary time every 30 minutes may be protective against the health risks incurred by prolonged sedentariness.”

With the Diaz report, we realized that interrupting a long sedentary bout can be a critical strategy for improved health.  We expect any activity that gets circulation moving would provide a meaningful break in sedentary behavior.  In 2-5 minutes, you could accomplish a walk to the mailbox, a balance exercise routine for tandem walking, ten jumping jacks, or a bathroom break. The possibilities are many.

With your survey responses from Issue #1 (see Survey Feedback), you suggested many excellent strategies for interrupting prolonged sitting. Some suggestions had time for breaks built in, such as getting up when the commercial begins. Others encouraged using apps for timers. There were almost as many ideas offered as people responding. This tells me you may want to develop your own routines with your own favorites. In Fitness, there is a new section on Moving More which presents your strategies and techniques for reducing sedentary behavior.